St Mary's Church - situated near the east-bank of the River Welland - is constructed of stone, and was built around 1150 CE, to a preferred design typical of that favoured by the Norman invaders (i.e. the architecture of the Viking-French) who conquered England in 1066 CE (under William - Duke of Normandy - who would become King William I). Prior to this change, the church in Duddington (exempt from the Domesday Tax, but assumed to exist due to the presence of a priest in the area), would have been of Anglo-Saxon design and constructed of wood. Generally speaking, early churches in the UK were built on already existing areas of pagan spiritual significance, such as bodies of water (favoured by the Celts as the calm surface reflected the sky, etc). King William I wanted to know what he owned in England and so initiated a country-wide written record of all land and property. If an individual of social status did not declare his ownership of land, buildings (such as 'mills'), people and farming equipment (usually 'ploughs'), all was forfeit to the Crown. Slaves and 'Freemen' are certainly recorded, as are 'villagers' and members of the nobility exercising authority in the area. Duddington is recorded as 'Dodintone', whilst Kings Cliffe is recorded as 'Clife'. British people had never experienced record-keeping like this (not even under the Romans), which must have appeared as something like the 'weaponization' of reading and writiing - a skill most people had yet to acquire. As this exercise seemed like a judgement from god - the ordinary people referred to it as the 'Domesday Book'. King William I, however, gave it the Latin name of 'Liber De Wintonia', or 'Book of Winchester' - which seems to have been its administratve centre. This split England in '34' distinct geographical areas which could then be easily assessed for tax and population purposes. Technically speaking, King William I 'owned' all the land and everything (including people and animals) that lived upon it, but this was administered in his name by the local nobility. These members of the aristrocracy controlled and regulated life at the regional and local level in accordance to the norms expected of feudal England. Most ordinary people were serfs and/or 'slaves' with no rights. Others might own small strips of land and be considered relatively well-off 'peasants', whilst others still were trained in martial arts and considered professional men-at-arms. The local lords had to provide regular food, adequate clothing and housing for everyone who lived on the land under his direct control. In return, the ordinary people offered their unquestioning loyalty to the lord in times of war and peace. Although some money changed hands, ordinary people were paid for their life-loyalty through goods and services (all this would dramatically change under King Henry VIII). Occasionally, an ordinary man or woman might breakout of this system by becoming a monk, nun or priest in the Catholic Church, learn to read and write, and progress through the ecclesiastical ranks, etc. The entry for Duddington records 1 hide (a 'hide' is a retained Anglo-Saxon term meaning "family" in the early medieval period- an area of that considered sufficient to support a family. This was equivalent to 60 to 120 old acres, or approximately 30 modern acres) 1 lord, 10 villagers, a priest and 2 small-holders (i.e. farmers) who own 3 ploughs. It is mentioned that much data about this area (Rockingham Forest) is missing, but curiously I read in a pamphlet found in St Mary's Church that it was thought that between 100 - 200 people lived in the surrounding area at the time. Kings Cliffe records 15 villagers and 4 small-holders who own 14 ploughs! Rather cryptically, the Kings Cliffe record also states 6 hides - or land for 18 ploughs - whilst in Lordship there are 2 ploughs!. Obviously, at the time it was considered that Kings Cliffe (6 hides) contained more farming land than Duddington (1 hide), and consequently had more people living in it. This would suggest that Duddington possessed just '1' family at the time, whilst Kings Cliffe possessed '6', although the exact numbers in each family could vary considerably. These two areas as they existed then, would probably be considered 'hamlets' today. As of the 2011 Census, Duddington has a population of 281 people (10 in 1086 CE), whilst Kings Cliffe possesseed a population in 2011 of 1,202 people (15 in 1086 CE).

Note: As a priest is recorded as 'resident' in the area by the 'Domesday Book', it is sometimes assumed that he must have ministered to his flock from an established church, but there is no evidence of said church in the archaeological record. This may be explained by the church being made of wood and that when the current Norman 'stone' church (of St Mary's) was built c.1150-1170, none of the original Anglo-Saxon (wooden) church was allowed to remain (or was required to remain). The general chain of events in the UK is pagan spiritual centres appropriated and built-over by early Celtic Christianity churches (which tolerated paganism), Anglo-Saxon (Germanic) Christianity churches (indifferent to local paganism but opposed to Viking beliefs) and Norman Roman Catholicism (opposed to all paganism), etc. Bodies of water and water-ways were sacred to the Celts and other early British and it is interesting that Duddington's St Mary's Church does exist on the east bank of the River Welland. This siting may well be unusual for a Christian church and denote an  appropriated earlier (non-Christian) settlement (hence the unusual placemet which is not safe from flooding and appears to limit the amount of burial ground and expansion of influence available, etc). We know from the silver coins discovered in the Duddington Hoarde in 1994, that people were living in the area throughout the 9th century (i.e. '800s'), and were living in fear of Viking raiders (sometimes burying their wealth in an attempt to prevent its theft). All the kings recorded (such as Alfred, Ethelred and Ethalstan, etc), suggest a heavy Anglo-Saxan presence in the area, and would potentially support the idea of a wooden church at Duddington. However, I have also read that the 'priest' recorded as being stationed at Duddington might have been actually placed in Gretton - an area that was for centuries considered a legal administratve centre for Duddington. If this preist was only 'technically' placed in Duddington, there is no reason to believe that an Anglo-Saxon church existed in Duddington prior to 1150 CE. More research is required. It would be interesting to examine what lies under the current stone foundation of St Mary's Church, as quite often parts of an older church were laid in the foundations of a new church - out of respect. 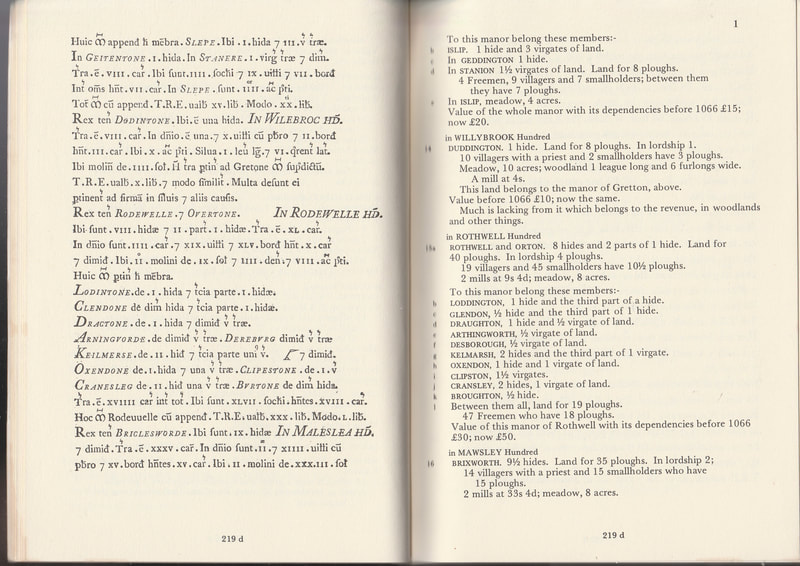 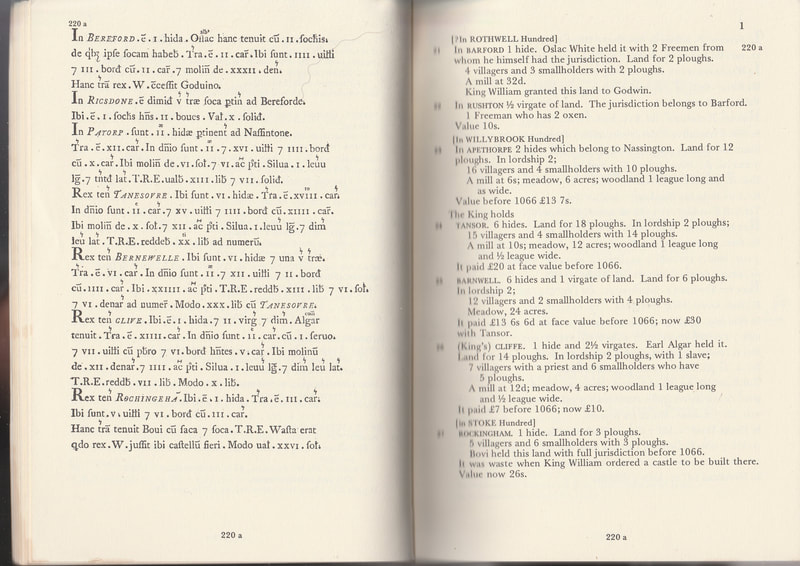