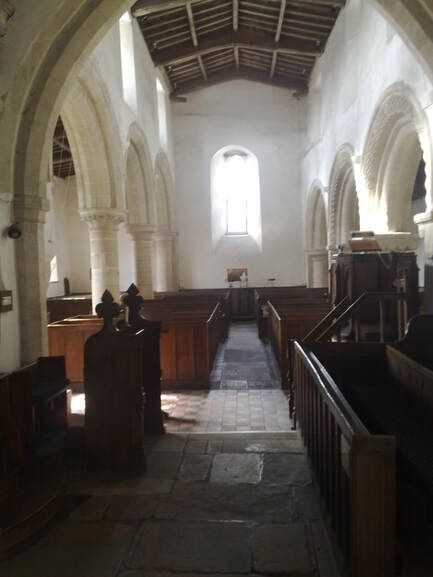 According to a 2009 leaflet available in St Mary’s Church, there are three (3) Monument, and at least thirteen (13) commemorative floor slabs (or ‘flag-stones’) and other inscriptions (we count twenty-six ‘26’ in all). The author of this interesting and highly informative document makes the error of assuming that ALL these inscriptions relate to the once prominent ‘Jackson’ family (who were bakers from Stamford), but this assertion is incorrect. One stone slab (near the Vestry door) is attributed to ‘George Wyles’ (1838), who was 33 years old at the time of his death, and was the son of John Wyles (d. 1857) and his wife Ann Wyles (d. 1932) who were buried in the 1600s Wyles Tomb that used to occupy the geographical space now occupied by the Vestry itself. As we are unable to read at least four of the other slabs (as they are worn smooth), it is not unreasonable to assume that some or all could be of the Wyles family. I am told that inscribing upon the interior stone-work of a Church in the UK begins sometime after 1660, and is not found before this date. We have visited St Mary’s Church in Duddington numerous times since 2008, and have made a careful visual inspection of the flag-stones and the inscriptions placed upon the wall. Where possible (and relevant), we have photographed these important objects and generated this specific project. Turning to the 1984 Royal Commission Report on Duddington (which is useful if not always correct or complete – it omits the Wyles inscriptions at the foot of the exterior Vestry wall, and refers to ’George Wyles’ as ‘George Hyles’), the following list of floor and wall inscriptions is given (which I have placed in logical and chronological order): 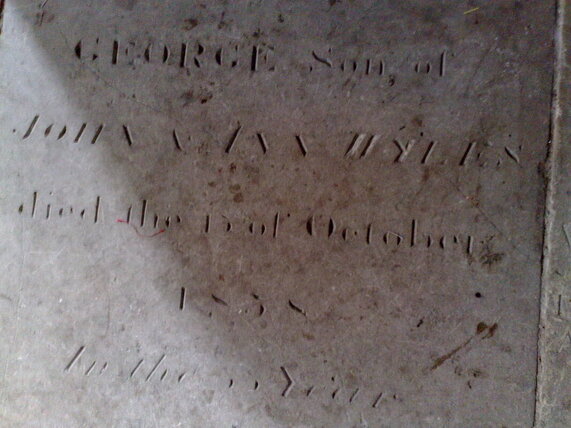 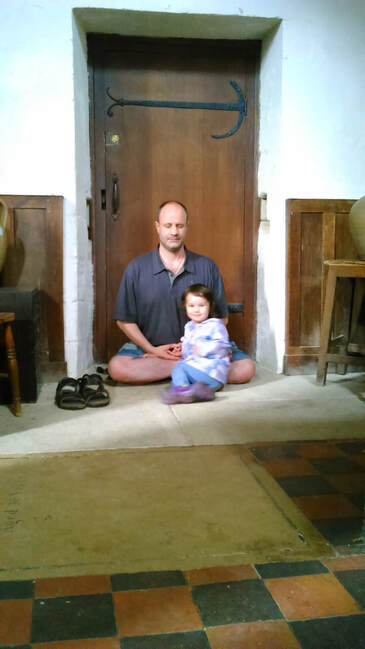 Adrian Chan-Wyles (Author) - Sat with Daughter Mei-An at Vestry (North) Door
These inscriptions are found on the many flag-stones that comprise the chancel, and as plaques on the walls of the Church around the altar and near the organ, etc. Sixteen (16) are known to represent the Jackson family of Stamford, with ten (10) representing others (or cannot be read). We can say with reasonable certainty that these inscriptions cover the time period 1667-1843, which signifies the era that this type of commemoration was in vogue. Just as extant ‘Wyles’ gravestones and markers dominate the external graveyard of St Mary’s, the Jackson family holds sway in the interior of the Church. Whereas there were at least two (2) Wyles family tombs in the graveyard, (1600s and 1700s), there are no Jackson equivalents, but the Wyles family was already in Duddington and holding land in the early 1500s, as well as regularly liaising with Lord Burghley and acting as ‘lawyers’ for the local community. Indeed, the family of ‘Robert Wyles’ from 1530 onwards were lawyers (with fathers and sons all called ‘Robert’ for around 150 years). Indeed, Nicholas Jackson from Stamford had to consult ‘Robert Wyles’ when attempting to ‘rent’ land in Duddington from Lord Burghley in 1598 (Court Copy Rolls). Nicholas Jackson was living in Duddington by 1620, and was busy amassing a significant portfolio of land ownership in the area – but whether the Jackson family surpassed the Wyles family in wealth, land ownership or influence is to be debated. I doubt this, as the Jackson family ‘peaked’ in the late 1600s and ran parallel to the Wyles family throughout the 1700s – with the Wyles family (ironically operating a very lucrative baking business) establishing a highly successful Wyles clan in nearby Kings Cliffe) at a time when Jackson numbers were on the decline. 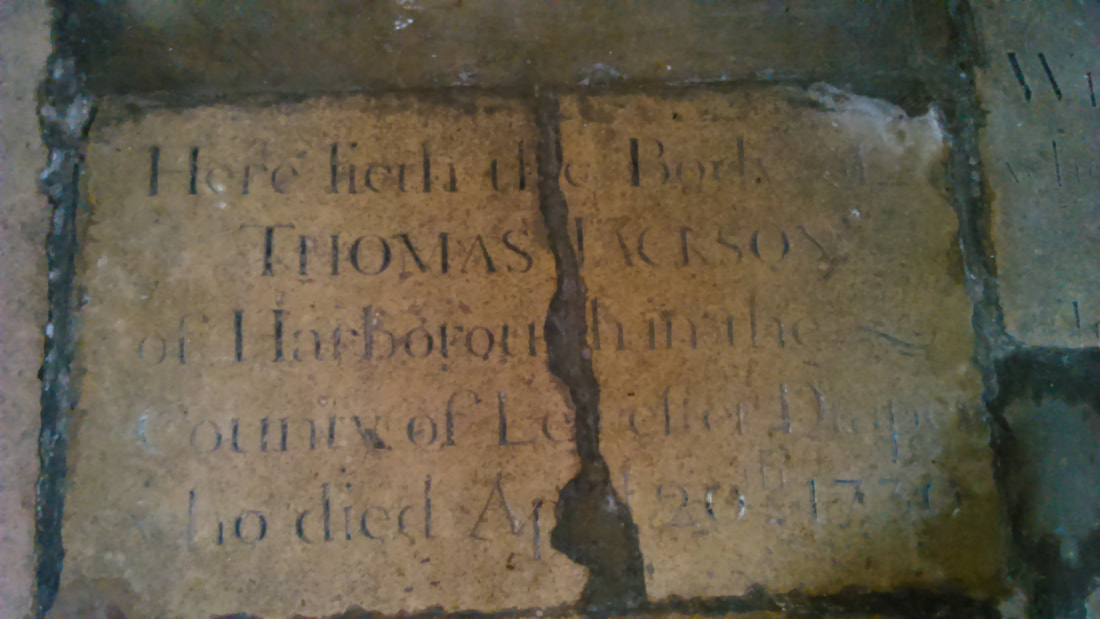 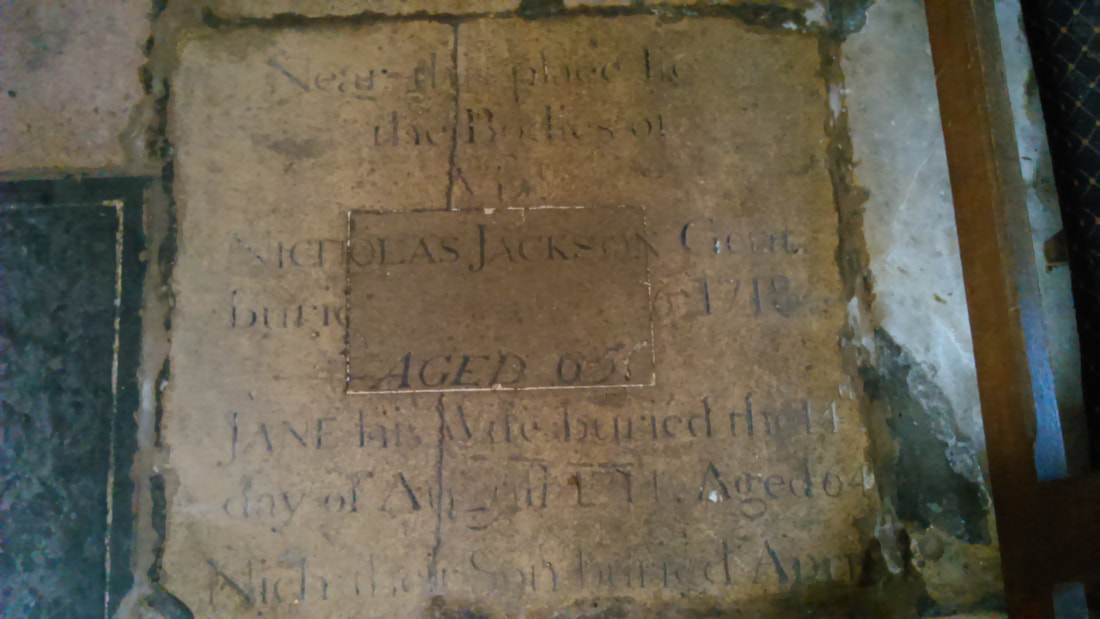 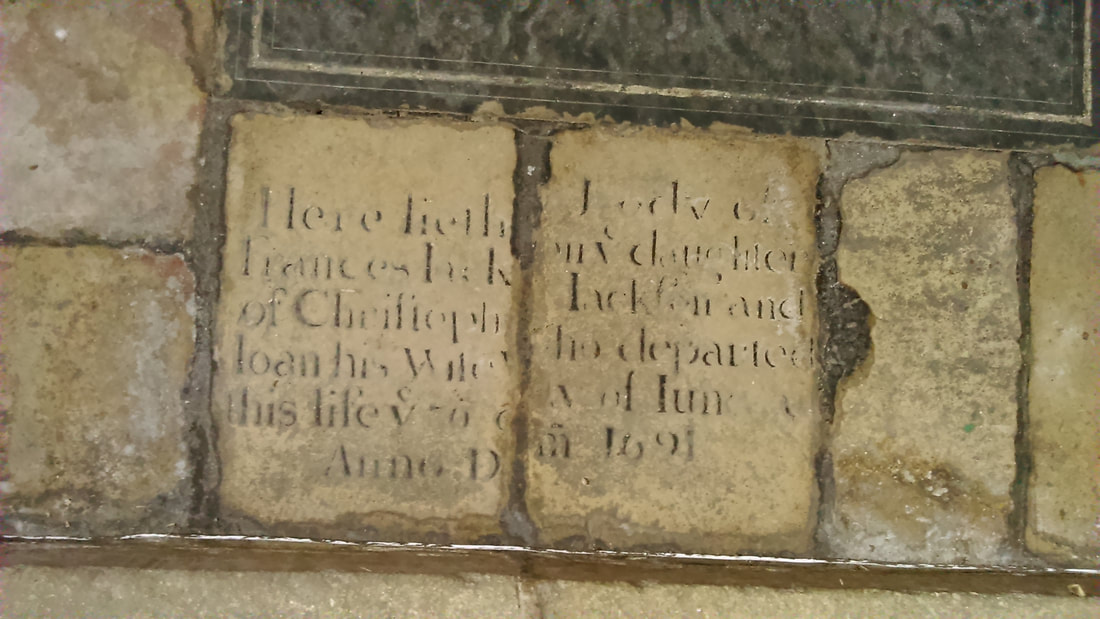 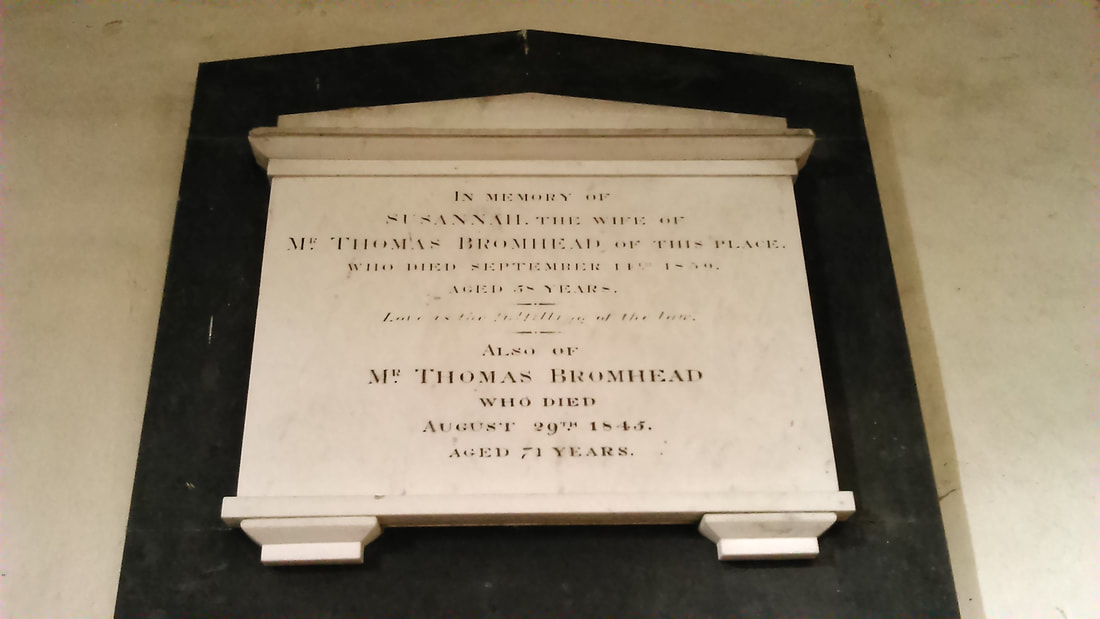 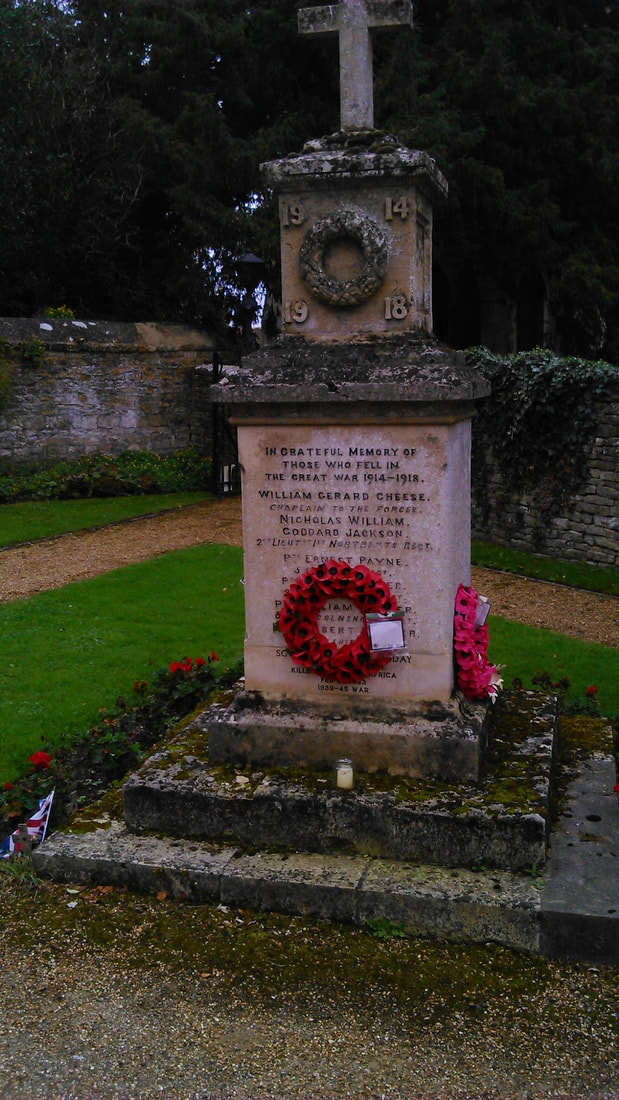