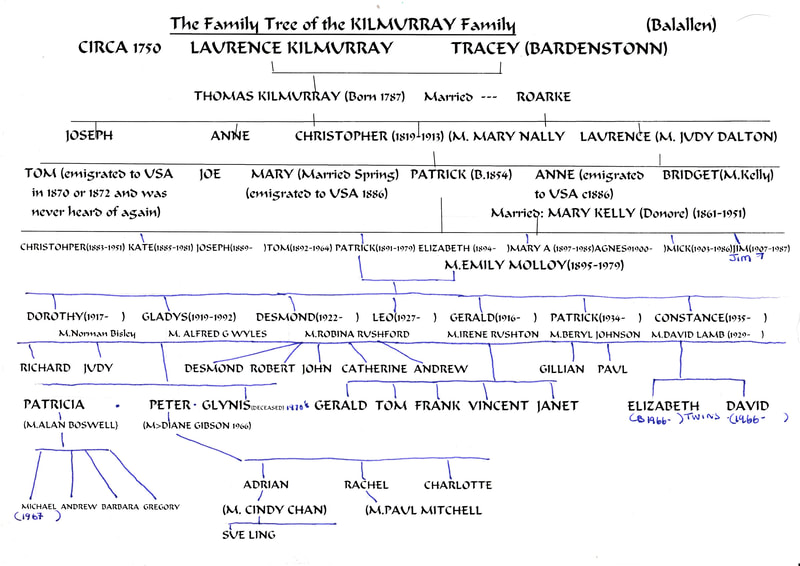 Ballynacargy - Duddington = 363 miles
Alfred Gregory Wyles (1916-1976) - a descendent of the Wyles family of Duddington - was married to Gladys Kilmurray (1919-1992) - who was born in the village of ‘Ballynacargy’ (Irish: ‘Baile na Carraige’), which is situated in the far west-central area of County Westmeath (on the border with County Longford to the west) in the central northwest area of the Republic of Ireland (about 62 miles south of the Irish-UK Border), and 10 miles northwest of the town of Mullingar - the County Town of Westmeath – all situated in the province of Leinster: Laurence Kilmurray was from Ballallen which is in the Kilbixy area - located around 2.5 km (around 1.5 miles) north of Ballynacargy. 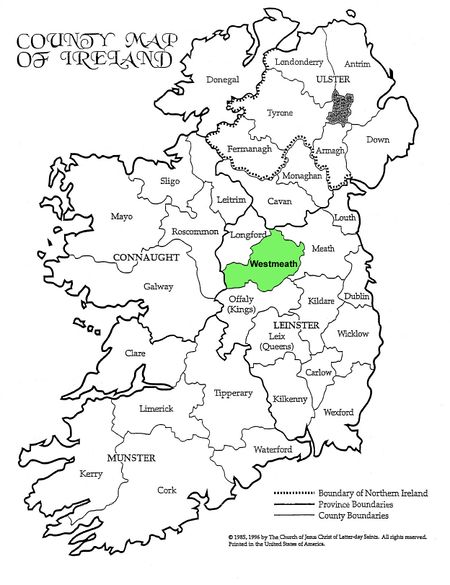 As of 2016, the population of the village of Ballynacargy was 271 – with Duddington having a similar-sized population in 2011 of just 281. As descendants of an Irish person – our branch of the Wyles family of Duddington is entitled to claim ‘Irish Citizenship’. One of our Irish relatives compiled the ‘Kilmurray Family Tree’ in the days before the internet – visiting libraries, record offices and graveyards – and managed to trace the Kilmurray family back to c. 1750. He has written what I assume to be the name of a village on the top right-hand side as ‘Balallen’ which I cannot find as of yet through internet searches. This seems to be at least one geographical location for the origination of the Irish surname ‘Kilmurray’ and needs more research. We also include a ‘general’ history of the Irish Surname ‘Kilmurray’, which conveys some interesting history for the millions of Irish who have migrated overseas over the years. I shall continue to research this surname which I was told refers to a devout (Catholic) ‘Servant of Mary’, possibly attached to a Church named ‘St Mary’s’ (the association with Duddington is astounding), and which is expressed in Irish Gaelic as ‘Giolla Mhurie’ - which has come down to us as ‘Kilmurray’. It is interesting to consider that the surname ‘Gilmore’ has the same root. It could be that there were a number of Churches in different areas all called ‘St Mary’s’ perhaps spawning a set of ecclesiastical ‘Servants of Mary’ who all (as unconnected and separate communities) took on that name – or it refers to a single Church called ‘St Mary’s’ in one place only – perhaps ‘Balallen’ - where a caste known as the ‘Servants of Mary’ originated and became the ‘Kilmurray’ clan. 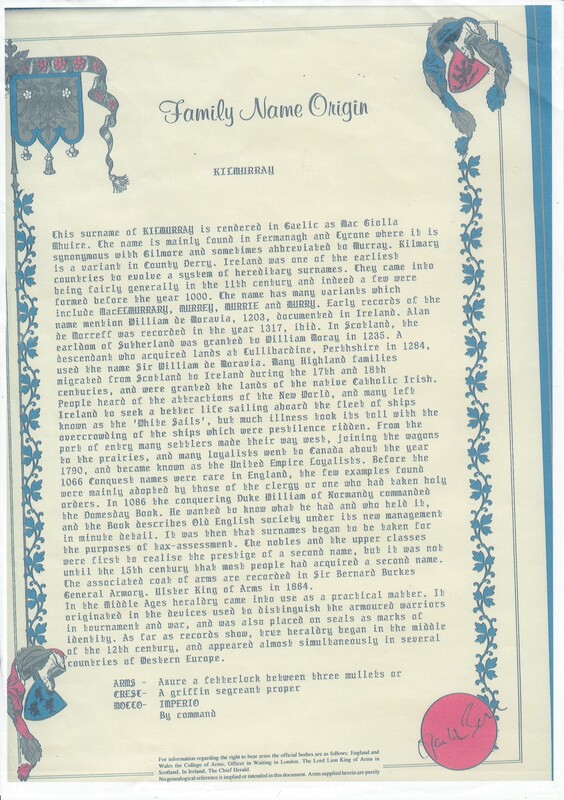