‘Wyles’ as a Viking Name 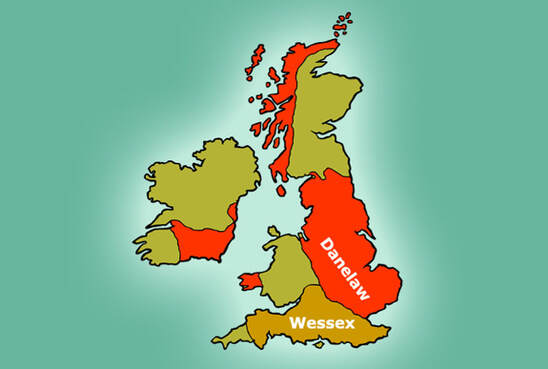 A friend and colleague of mine used to live and work in the Highlands of Scotland. As a Local Government employee, she was involved in numerous projects securing national and international finance for development. Part of her work took her to Fort George (around 2008) where, by accident, she saw a leather-bound book of remembrance left open in a military chapel bearing the names of the men (beginning with ‘W’) killed fighting in the (kilted) Seaforth Highlander, during WWI in France. She saw hundreds of men called ‘Wyles’ all listed as various relatives of one another, (fathers, son, uncles and nephews, etc.), all recruited from the Scottish Border areas. Following this discovery, ‘Liz’ arranged with the Military Authorities for me to visit (as a descendent of the ‘Wyles’ family), and together we caught a 45-minute flight from Luton to Edinburgh (in early 2009). I was treated with respect by the military personnel, and permitted to look through their ‘Books of Remembrance’ where I saw many Wyles men killed during the Battle of the Somme (July-November 1918). The British Army lost 60,000 men in the first 20 minutes of that offensive, and I believe this is the greatest loss ever suffered by the UK in any war before or since in a single engagement. Years later, I was reading an account of the Battle of the Somme written by various English soldiers and officers – and all recall the relief they felt when the kilted Seaforth Highlanders left their trenches and calmly ‘walked’ toward the German machine guns – with bagpipes playing. Of course, the relief was short-lived. The Officer shook my hand and thanked me on behalf of the collective Wyles family for our service and our sacrifice (there were of hundreds of ‘Wyles’ men of all ages killed at the Somme).
​
With regards to the origin of the 'Wyles' surname - as well as the ‘official’ assumption of ‘Wyles’ or ‘Wiles’ meaning a ‘clever person’, who makes sophisticated mechanical devices out of willow to catch eels in rivers - I have been considering local inspirations - such as the River Welland (Weolud, Wylud, etc.) as well as the 'Wilebroc' or 'Wylebroke' - other names for the Willybrook One Hundred (and a tributary of the River Nene). However, numerous Scottish historians are adamant that the surname ‘Wyles’ is 'Viking' in origination. I am told that the Viking ‘Jarl’ is pronounced ‘Yarl’ and expressed in Germanic-English as the royal rank of ‘Earl’. The line of development is ‘Jarl’, ‘Yarl’, ‘Wyle’ - with the name becoming plural (Wiles or Wyles) to denote a community of Vikings – either all high-ranking, or a community of expert (elite) warriors led by a ‘Jarl’. A Viking Jarl was a warlord who was respected by his men for his individual fighting prowess, as well as his collective organizational and navigational skills.
In the Runic alphabet used by the Vikings – the term ‘Jarl’ can be spelt:

I am informed by Scottish-Pictish historians that there is evidence recorded in the Viking Sagas – or stories of Viking travels, battles and victories, etc. - which suggests that the Viking warriors who held the rank of ’Jarl’ were referred to in the developing Roman (English) alphabet as ’Wile’ and later ’Wyle’. Although pronounced ’Yarl’ (as in ’Yharl’), the Runic alphabet did not contain a ’Y’ and so the ’J’ was used to represent this sound as ’Jer’ (or ’Jher’’ - ’arl’) with a soft ’J’ that sounded more like a ’Y’ (as in ’Yacht’). A Viking ’Jarl’ was a landowner who retained a military control over his tenants – who in exchange for his protection and support – offered their loyalty and military skills as payment. It is thought that in England at least, a Viking ’Jarl’ who had conquered, settled and retained land had the same power as an English King. In 886 – with the Treaty of Alfred and Guthrum – the English nobility formally recognized the Viking rule of much of England - termed ’Danelaw’.  Danelaw cut England in half with a diagonal line, with ’Danelaw’ ruling north of this demarcation and being comprised of fifteen shires including Leicester, York, Nottingham, Derby, Lincoln, Essex, Cambridge, Suffolk, Norfolk, Northampton, Huntingdon, Bedford, Hertford, Middlesex, and Buckingham. Of course, Duddington was part of this Viking-controlled area, and probably saw Viking long-boats moving up and down the adjacent River Welland). However, Viking rule came to an end with the defeat of Eric Bloodaxe - who was driven out of Northumbria in 954.

I think there is strong historical, geographical and DNA evidence to support the hypothesis that the surname ‘Wiles’ and ‘Wyles’ might well be ‘Viking’ in origination. Jarls who submitted to English rule were allowed to keep their lands, and it is interesting to note that the Wyles family of 1500s and 1600s Duddington specialized in buying, owning and selling land, as well as giving parcels of land and property as ‘gifts’ to newly married Wyles couples. Daringold Wyles – nee ‘Crowe’ (d. 1668) - wife of Robert Wyles (d. 1682) in Duddington - has a name that has perplexed a number of researchers. I suspect she is named after the term ‘Dane-Geld’ or ‘Danish Gold’ - a term used to describe a) Viking currency, and b) the gold payments offered by English locals to marauding Viking bands to ‘go away’.  Finally, on two different occasions I have been informed by Scottish historians that the ‘Wyles’ surnames should be pronounced ‘Wy-les’ (indeed, in Scotland I am often referred to as ‘Dr Wy-les'), and that it is the original spelling of ‘Wallace’ - being the real surname of the great Revolutionary Scottish leader ‘William Wy-les' (1270-1305) - who is today known by the Anglicized surname of ‘Wallace’.