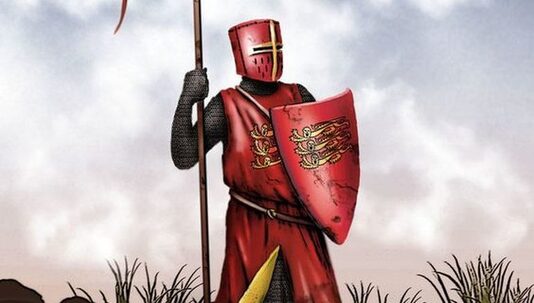 Studying the history of the War of the Roses (1455-1485), one name that appears throughout is that of the ‘de la Pole’ family (i.e. ‘of the Pole’). From at least 1185, the British historical texts record the ‘de la Wile’ surname, which appears to evolve into ‘le Wile’ and ‘de wile’, occasionally spelt ‘atte Wile’ or ‘at Wile’.  This name can also be found spelt as ‘de la Wyle’, and literally translates from the French language as ‘of the Wile/Wyle’ - meaning that the holder is part of a family who originates from a geographical location or place known as ‘Wile’ (or ‘Wyle’). Of course, this name is turned into its plural and settles into being spelt ‘Wiles’ and ‘Wyles’. Prof. Peter McClure (of Nottingham University) confirms that this name definitely existed in medieval times, but further clarifies that it is unusual for a medieval name to have an ‘s’ added to its end. What type of plurality does this addition denote? Candidates for a geographical location include ‘Wild’ (in Berkshire) 104 .4 miles south of Duddington, Monkton Wyld (Dorset) 207.9 miles southwest of Duddington, and Wylam (Northumberland) 217 miles north of Duddington. This is a diverse spread with the edge toward the south. The surname ‘Wiles’ or ‘Wyles’ appears to denote a collection of individuals from a single name-clan – like a ‘tribe’ - rather than referring to a number of different geographical locations relating to the name. Add to this the interpretation that the place denotes a ‘wil’ or ‘trick’ (as in clever idea or construction of an intriguing and/or ‘clever’ mechanical device), and the complete ‘official’ view of the name is complete. The surname ‘Wiles’ or ‘Wyles’ suggests a place inhabited by clever people who distinguished themselves by making devices (constructed from willow) to catch fish (probably ‘eels’) in a river. This would suggest a usage meaning ‘clever people’ to the extent that it was a well-known distinguishing factor in the early days, but which was forgotten as time went on. Roger Wyles from Oundle (situated around 12 miles south of Duddington), is the earliest example of our name found nearest to Duddington. Of course, we have no way of knowing where he came from, but the direction of approach is interesting. The places mentioned above would have to be associated with ‘willow’, bodies of water and eel-fishing. Not only this, but a psychological-physical attribute and ability (I.e. designing and constructing mechanical devices) would have to be associated with a geographical location, and certain other (distinguishing) factors of that physical environment. Willow – as the basic building material – would have to also be expanded in meaning so that it becomes associated with ‘cleverness’, ‘trickery’ or even ‘deception’, etc. This is because ‘Wiles’ (or ‘Wyles’) appears to have its roots in Old French and be related to the word ‘guile’. Prevailing through the use of ‘trickery’ or ‘deception’ is definitely evident, with this interpretation becoming positive when used to denote ‘cleverness’, ‘charm’ and even ‘good natured manipulation’. When applied to our surname, if this interpretation is correct, it suggests ‘intelligence’ and ‘ingenuity’ practiced by a group of (distinguished) people, living or working in a particular geographical location. Whatever the actual details of the case, this group of people were considered important enough within British medieval society to use the Norman-French designation of ‘de la’ with their name, and for this distinction (and convention) to be widely accepted as ‘correct’ amongst their peers in a society that ruthlessly defined itself through ’difference’ and ‘deference’,  and retained social order by everyone ‘knowing their place’.