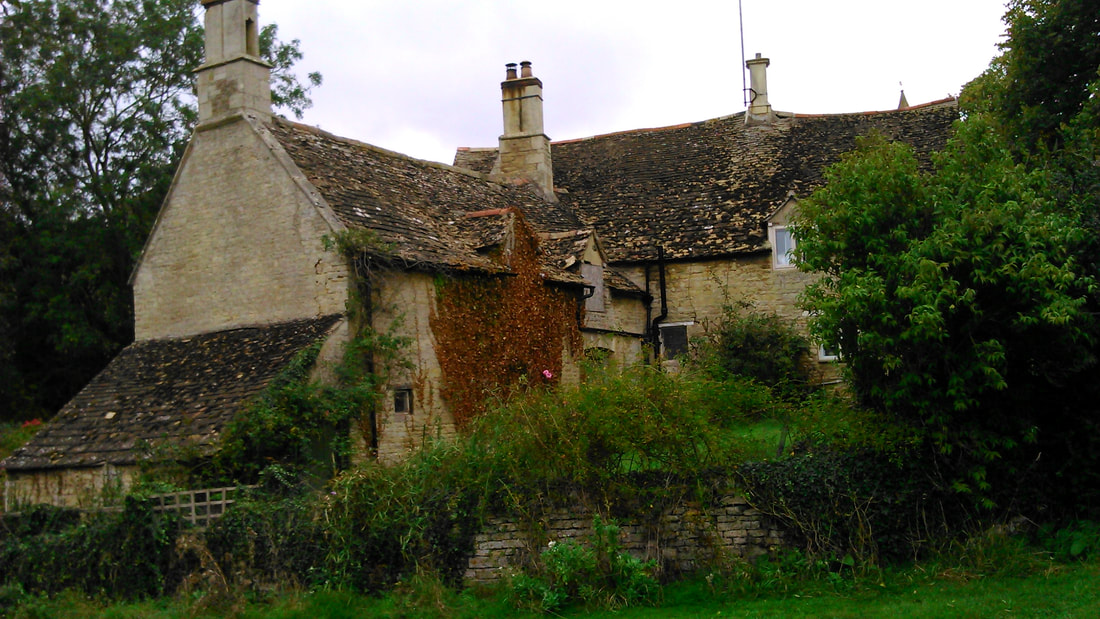 Duddington ‘Workhouse’ 1775-1834
A local ‘workhouse’ existed in Duddington between 1775 and 1834. This was originally two separate cottages built at different times during the 17th century (1600s). To what extent it resembled the official Workhouses that were brought into existence by an Act of Parliament in 1834 is not known, but I have read about a ‘Welfare Hall’ in the village which helped those in distress and was probably administered as a compassionate act by St Mary’s Church. As the population of Duddington was small (it is only 281 today), and considering the relative wealth of the place, I suspect true poverty was very rare and the care that existed was dealt-out in a very genteel manner – if it was ever needed. However, after 1834, a large centralized Workhouse was built in Stamford which is 5.1 miles northeast of Duddington, and designed to channel all the poor and destitute from the Northamptonshire region into one giant factory-like complex. When families entered the workhouse, husbands were separated from wives, and children from parents, and placed in prison-like dormitories controlled by stick-wielding warders. The men, women and children were put to 12-hour work schedules – being ‘paid’ in basic food and board. Many became ill and died during this process of ‘purification’, and there were cases of rape of women and children as well as other forms of sexual exploitation.  These national scandals in England led to various ‘reforms’ over the years, before the ‘Workhouse’ system was eventually abolished in 1930.

The following data is referenced from the three volumes entitled ‘Stamford Union Workhouse’ Part One (1835-1841), Part Two (1841-1844), & Part Three (1844-1847), issued in 2008 by the Lincolnshire Family History Society compiled by Anne Cole and Derek Paine. Indeed, incidence of people seeking help from Duddington appears quite rare – with only one (1) in my small sample. From 1834 onwards, anyone finding themselves destitute in the Duddington area had to travel to Stamford to seek assistance. As the Wyles family was fairly affluent in Duddington, I have not found any Wyles people from that place applying for help – although there is one instance from Tixover (just over the medieval bridge). This is odd as John and Ann Wyles (whose details are recorded on the Vestry wall) were wealthy landowners in Tixover, employing many people. As well as checking for ‘Wyles’ and ‘Wiles’ in these records, I have included the Sweeby Fitz-John family – as Mary Ann Sweeby Fitz-John (1839-1917) was my great, great grandmother (married to Thomas Wyles Jnr 1824-1887). I do not know if this is her actual branch, but I include these details just in case.  The data I have discovered covers the years 1838-1842, which has been extracted from a sample spanning the years 1835-1847. As a twelve (12) year sample, I think it is an interesting snapshot of the area: 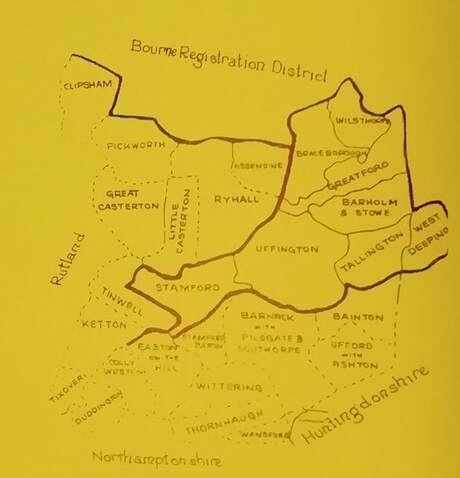 January, 1838. Elizabeth Fitzjohn (together with her 2 children) from Spalding (but belonging to Wilsthorpe), applied for help as she has been abandoned by her husband and is in great distress. This lady was informed that they could only receive help if she and her children are separated in the Workhouse. Elizabeth Fitzjohn said she could earn her own living if only we could feed her children for a short-time - outside the Workhouse. The Clerk was directed to consult the ratepayers to decide the matter.

Mary Ann Wiles (Wyles) 17.2.1841 (pregnant) - Tixover - requests Mr Burman (Surgeon) is engaged to deliver her baby. Mr Burman proven to have assisted Mary Ann Wiles in the past. Request granted due to her advanced age.
​
Mr Burnam successfully delivers baby and saves the life of Mary Ann Wiles (who is 36 years old) – Medical Bill = £1.6s - an incredible amount. This must not be a regular occurrence.

Mary Ann Wiles passes away 13.5.1845 (40 years old). Workhouse Authorities are looking for suitable adoptees for children – must be referenced and backgrounds checked due to the vulnerable nature of the ages.