Wyles Family in Kings Cliffe and Witham on the Hill (Bourne) 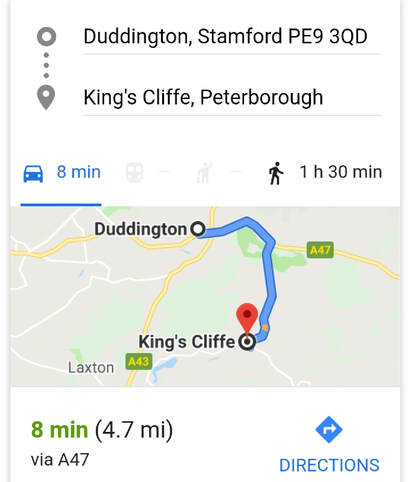 ​Whilst researching the Wyles family surname in the general Stamford area we discovered just two clusters with the eldest being in Duddington and the other in Kings Cliffe. A Duddington man named Wyles married a woman from Kings Cliffe and moved to her area to live – this is how a ‘new’ Wyles clan was formed (which turned-out to be numerous and healthy). This new Wyles clan specialized in baking and was very successful. This cemented the ‘Wyles’ presence in Kings Cliffe (which is situated 4.7 miles south of Duddington). John the Elder (died 1731-32) owned the Mill in Duddington situated on the River Welland (and used the water to brew beer). He had two sons with the eldest being James Wyles (1701-1785). James Wyles is the direct ancestor of the Wyles family that administers this website. However, John the Elder’s other son was known as ‘John the Younger’ (who died in 1770). John the Elder left the main water well in Duddington to his eldest son James – but granted his brewery business to John the Younger. John the Younger had a son named William Wyles (who was baptised in 1737). William Wyles appears to have left Duddington and married a woman from Kings Cliffe named ‘Catherine’. William Wyles died in 1796 (in his 58th year of life). His wife – Catherine Wyles – is recorded as dying on the 13th of July, also in 1796. Both are buried in the graveyard in All Saints Church, Kings Cliffe. Together they sired 11 children. We think one of their many grandchildren was ‘William Wyles’ whose gravestone reads ‘Sacred to the Memory of William Wyles – Late Baker of this Parish Upwards of 49 Years – Who Died in 1866’. 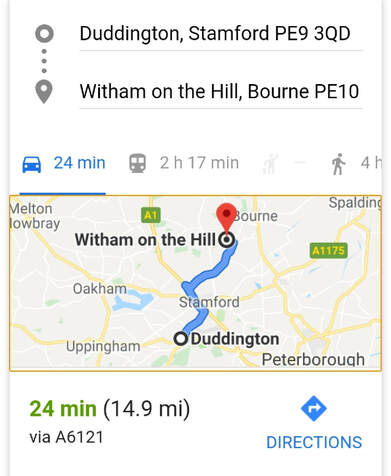 In recent months, we have been contacted by a gentleman whose Wyles family can be traced back to Witham on the Hill which lies 14.9 miles north of Duddington. The earliest name on this family tree are Thomas and Elizabeth ‘Wiles’ whose children Mary Wiles was born in 1768 and Anne Wiles was born in 1774. Thereafter in this lineage the name is spelt ‘Wyles’. In the Duddington graveyard there is a stone which records Robert ‘Wiles’ who died on the 14.10.1619. This is the earliest visible stone for the Wyles family. However, tax returns for the Duddington (area recorded in the 1500s under Henry VIII and Elizabeth I) clearly record the surname as being spelt ‘Wyles’. In these early days of language formation there was no set way of spelling words, and those who were literate (a minority) often spelt the same word differently even throughout the same text! We have seen this name spelt, ‘Wyles’, Wiles’, ‘Whyles’, ‘Willes’ and ‘Whiles’, etc. In the case of the Duddington family it is correct to say that ‘Wyles’ is by far the most common. A British academic once suggested to this author that they thought that ‘Wiles’ was the older variant, with ‘Wyles’ being a later extrapolation. I think this depends upon historical context with not all people named ‘Wyles’ or ‘Wiles’ sharing the same origination and developmental history. All people from Witham on the Hill spell their name ‘Wyles’ today, with Witham on the Hill being the third verified Wyles cluster that we have found in the area. From Witham on the Hill, the Wyles clan spread to ‘Dowsby’ which is situated 11.2 miles north of Witham on the hill (or 24.5 miles northeast of Duddington). Some of the Wyles family of Witham on the Hill are buried in the graveyard of St Andrews Church (situated in the grounds of what was Sempringham Priory - also known as 'Sempringham Parish Church''), situated 3.8 miles northeast of Dowsby. 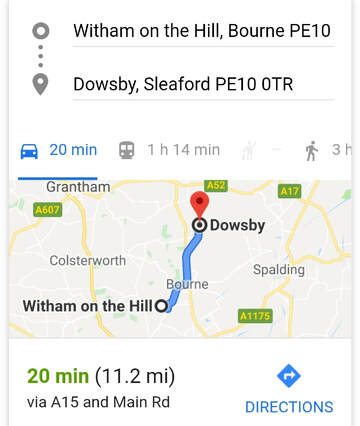