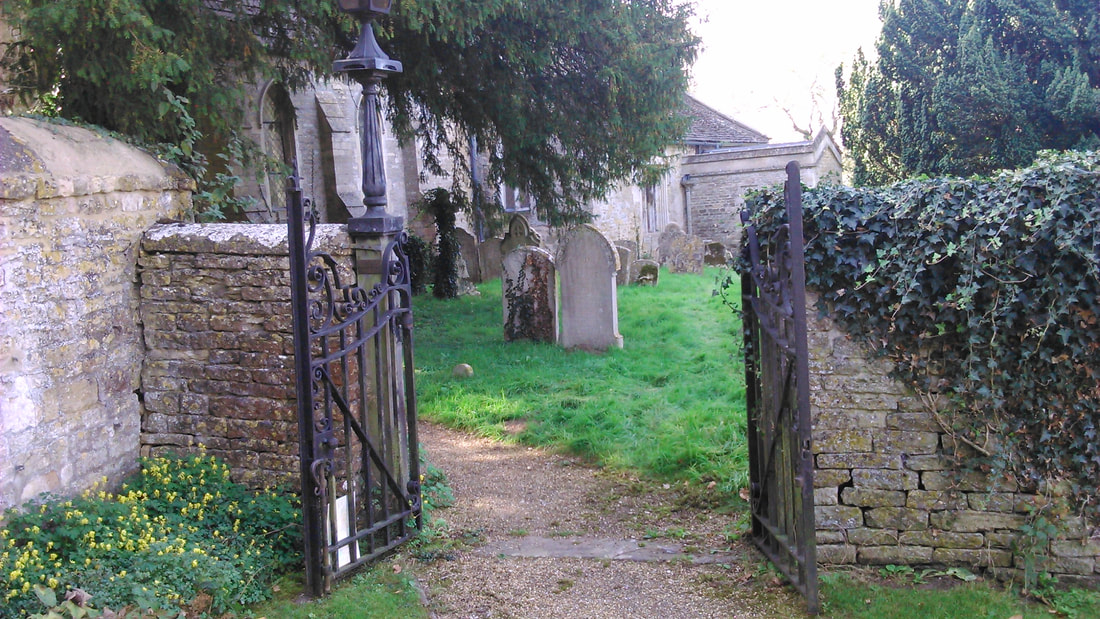 Many Wyles people from Duddington (either actually or historically), will share the bulk of this Wyles Family Tree, with differences occurring over the last 100 or 200 years, as we arrive in the common era. Of course, the extent to which a genealogical past is shared will vary depending upon exact Wyles lineage. Many Wyles people from Kings Cliffe (situated 6.4 miles south of Duddington), for instance, divert away from the Duddington lineage in the mid to late 1700s, starting their own distinct branch (although Parish Records state that a ‘Thomas Wiles’ already lived in Kings Cliffe in 1655 – a fact which could suggest another Wyles-Wiles lineage existing in the area). Dowsby is another area that contains Wyles people, situated 24.5 miles northeast of Duddington, but our research in this area is in its infancy. Closer to home we have ‘Oundle’ (12.6 miles southeast of Duddington), which had one ‘Roger Wyles’ living there in 1301. We will study Oundle in due course, but are gathering data at the moment.  Although this is a speculation, it could be that the Wyles people migrated from Oundle (1301) to Kings Cliffe (1655) and into Duddington – although the earliest Wyles people in Duddington we can find date to 1523.  Around 1760, William Wyles (1737-1799) of Duddington and Catherine Wyles (1738-1796) started their family in Kings Cliffe with no knowledge that Wyles people used to live there. What follows is a quick guide to our Wyles lineage of Duddington:
Section 1: General Association Around Duddington - Proving a Long-Term Wyles Presence in the Area

​Note: In medieval times Duddington was the Diocese of ‘Lincoln’ up until 1539. After 1539, the Diocese was changed to ‘Peterborough’. Although I have included the mileage to ‘Lincolnshre’ as defined today, I suspect that this designation may well have referred to ‘Duddington’ and its surrounding areas prior to 1539 (during Hanry VIII’s ‘Dissolving of the Monasteries’ and his ‘Reformation’). It could be that all three ‘John Wyles’ people could actually have lived in ‘Duddington’, but we cannot be sure. Duddington – due to boundary changes and administrative requirements – has been in Rutland, Lincolnshire, Huntingdonshire (I.e. ‘Cambridge’) from 1965-1974, as well as Northamptonshire (prior to 1965 and after 1974, etc.). Today, Duddington resides in Northamptonshire, which is the East Midlands area of the UK.
Section 2: Direct (Verified) Wyles Relatives in Duddington

According to the Duddington Census of 1891, John Thomas, his wife Eleanor, and their children – Ethel aged 5, Archibald aged 4, and Hilda aged 2 – all lived at the ‘Crown Inn’ in Duddington, but by the time of the 1901 Census, this family (apparently minus Ethel but with the addition of Cyril aged 8, Hugh aged 4 and Sara aged 3), are now recorded as living at ‘144 North Street’ in Uppingham. Uppingham (in Oakham) is situated 8.6 miles to the west of Duddington.  This means this family (and my last direct Wyles relative to have been born in Duddington – Archibald – my great grandfather) left Duddington at some point between 1891 – 1901. We believe Archibald left for Birmingham (from Uppingham) around 1905 when he was 18 years old. However, his grandmother – Mary Ann Wyles (1839-1917), the wife of Thomas Wyles Jnr (1824-1887) - continued to live in Duddington until her passing in 1917 (where she was buried in the grounds of St Mary’s Church).